Tires are the biggest expense when it comes to track days and racing.  And depending on suspension set up, this can mean tires will last half a season, or half a race.  Paulie was experiencing the later half and his SV650 tire wear was horrible.  He came to me for answers and see what we could do.

Paulie’s 1st gen SV650 had a Penske Shock and a set of modified forks with GSXR cartridge internals.  He had done a bit of tweaking but for the most part left the settings as is.  So instead of chasing our tails we just wiped the table clean and started from scratch.  We started with a baseline front and rear to see what we were working with.  It was apparent from the beginning why he had such horrible tire wear.  First and foremost he had too much preload in the front and not enough in the rear causing the bike to sit like a chopper.  With the excessive preload it cause a majority of the tire wear on the front tire. 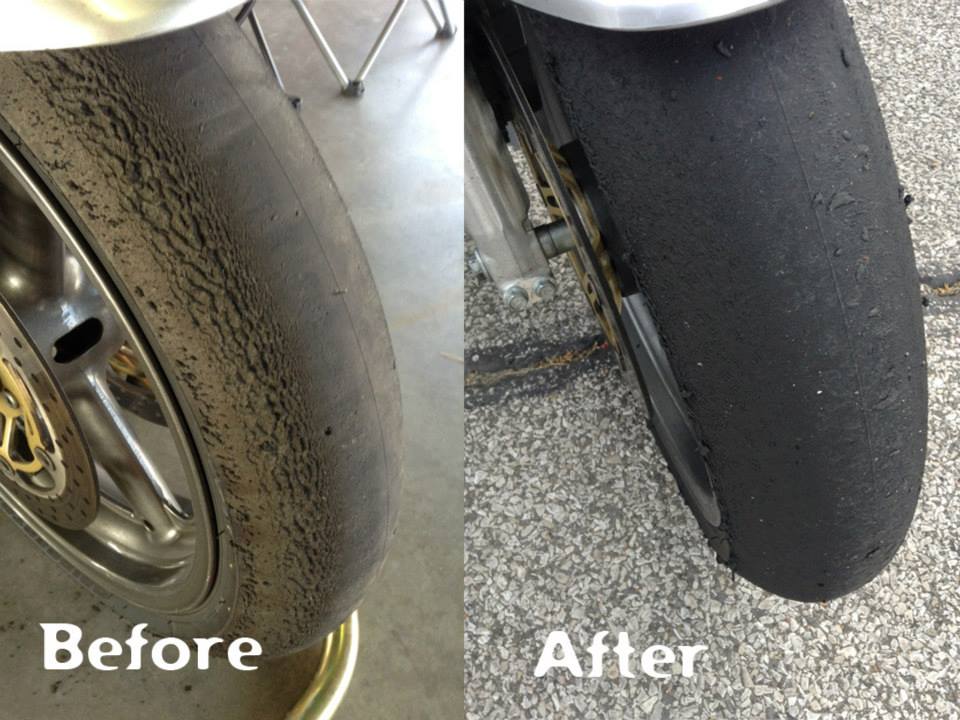 With sag out of the way we moved onto rebound and compression.  The rear tire tear was due to compression and a bit of improper psi settings.  After fixing that I sent him on the track and waited for feedback.  He said the bike was much more balanced and took the turns much better.  I added a few clicks of compression to the shock from more of his feed back and let him run a few more sessions.  After each session I had him stop by the tent so I could watch the wear on the tires.  After the second session it was clear we were on the right path and tire wear was cleaning up nicely. 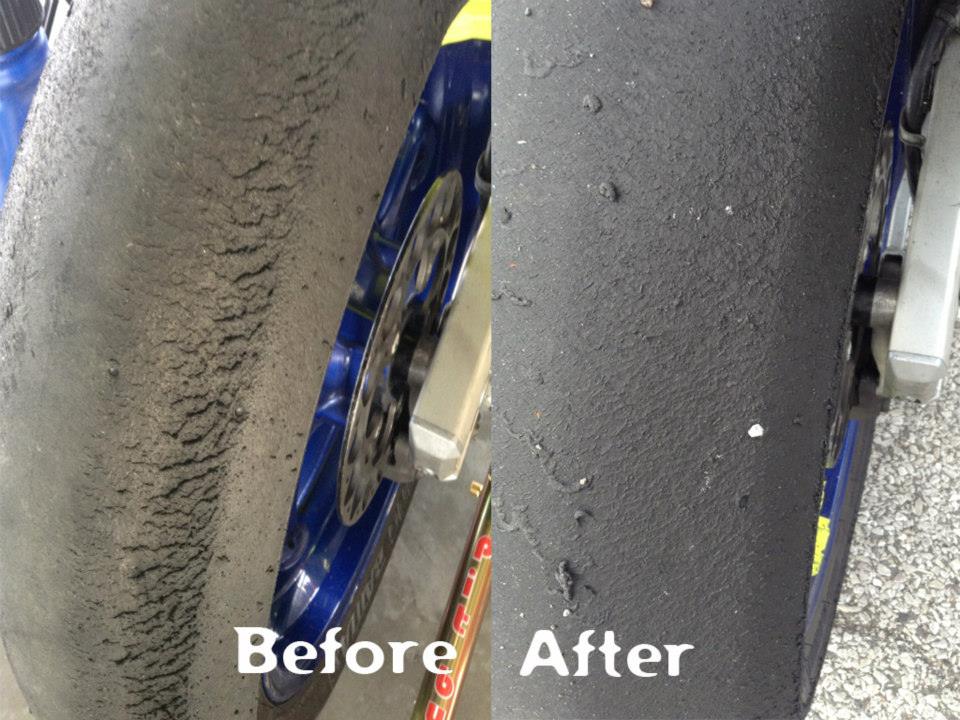 We worked through the rest of the day to fine tune a few things.  Paulie went on to win his GT Lights race later in the afternoon on the same tires!  On a side note most riders would have taken those tires and junked them.  Sometimes it’s better to keep the tires and use them as a guide, letting you know if things are getting better or worse.

5 reasons why you want to setup your geometry. Geometry is the core of all motorcycle handling, but there is more to geometry than just handling! Below are 5 reasons why you want to setup your geom...
Tuner Diaries: Yamaha R6 I met Blake at a Midwest Track Day event in the spring of '13.  He was riding a '03 Yamaha R6 with a Fox shock on the rear and stock forks on the fron...
Tuner Diaries: From the Rider’s Perspective All the decisions had been made.  The race license school booked, tires purchased, trailer loaded and set to go.  I was finally going to officially be...