Last season I had a rider come to complaining about front end feel.  Narrowing it down to rebound we started turning knobs to fix the issue.  But a curious thing happened. No matter how much we adjusted, the issue didn’t go away.  Having worked on numerous R6s I knew the issue could be tuned out, and concluded we had bigger problems.

I had the rider pull his forks off and back to the shop they went.  In my head I narrowed the problem down to oil viscosity or a rebound adjuster problem.  I split the forks and started investigating.  Low and behold I had found my problem. 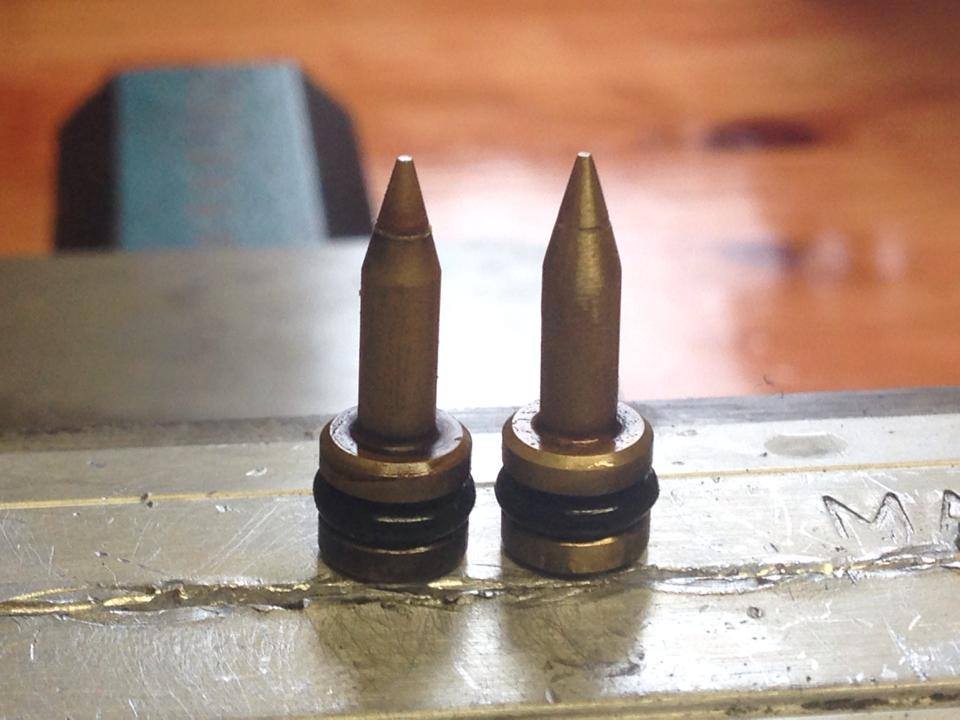 The previous owner had adjustments done, and in the process the rebound needles were buried into the seat causing the brass needles to wedge.  The picture illustrates what the needles looked like.  After fixing the adjusters we went back to tuning the next day at the track.  Life for the rider was much easier as rebound worked as it was designed.

One thing to take way from this is adjusters are delicate.  When tuning, a suspension tuner will normally dial the adjuster closed (clockwise) and use that as a starting point.  They know, when resistance is felt, STOP!  This means the needle is in the seat and is at zero.  I know what you’re thinking. But Eric, I have clickers and it stops between clicks.  What should I do?  Dial the adjuster back counterclockwise to the last click.  That will be your zero mark and start from there.  Bottom line is never force a adjuster closed, the outcome is never good.

Tuner Diaries: From the Rider’s Perspective All the decisions had been made.  The race license school booked, tires purchased, trailer loaded and set to go.  I was finally going to officially be...
Tuner Diaries: Suzuki SV650 Tire Wear Tires are the biggest expense when it comes to track days and racing.  And depending on suspension set up, this can mean tires will last half a season...
Tuner Diaries: Yamaha R6 I met Blake at a Midwest Track Day event in the spring of '13.  He was riding a '03 Yamaha R6 with a Fox shock on the rear and stock forks on the fron...